Inside my Heart – For Rowan

Charity single in support of the work of The Rainbow Trust.

Rowan is a beautiful 8 year old girl who has been fighting a brain tumour for 5 years. This release is inspired by her and her fight against cancer and will raise funds for The Rainbow Trust, who are supporting her family through difficult times.

Inside my Heart is an inspiring and instantly memorable extract from the third movement of Will Todd’s The City Garden, a work commissioned by Salisbury Community Choir (SCC) in 2013 to celebrate its 21st birthday. The choir sang the premiere performance of this work to a packed audience in Salisbury Cathedral in October 2013.

During the commissioning the choir became aware that Will Todd’s daughter, Rowan was being treated for a brain tumour and the whole family were being supported by The Rainbow Trust, a charity that supports children and families who are living with life threatening or terminal illness. The inspirational words, music and singing of the children moved the choir to embark on a project to make a charity recording of this song.

In March 2014, under the musical directorship of Jeremy Backhouse and with the support of Will Todd, and the Will Todd trio, “Inside My Heart” was recorded by a group of over 300 adults and children from Salisbury choirs and schools, brought together by Salisbury Community Choir in this adventurous community project.

Jeremy Backhouse is one of Britain’s leading conductors of amateur choirs and has been the Musical Director of Salisbury Community Choir since 2009. This is what he has to say about this latest SCC led project.

Will and I have had a wonderfully close and fruitful working relationship over many years. The foundation of it stretches back to before my Vasari Singers recorded Will’s Mass in Blue which has since become the yardstick for performers worldwide. Will wrote his beautifully atmospheric Angel Song II for Vasari; the Vivace Chorus and I commissioned and recorded his Te Deum from which the beautiful ‘The Lord is my Shepherd’ is extracted; and most recently, the Salisbury Community Choir [SCC] and I commissioned and premiered, in our home cathedral, a cantata The City Garden, which we are soon to perform again in Lincoln Cathedral.

On every occasion I have worked with Will, with each of my choirs, he has immersed himself in the collaboration and endeared himself to the singers with his easy, open, genuine, giving and honest approach. This was especially the case in October 2013 when the SCC worked with Will on The City Garden. It was for all of us a memorable and moving occasion.

When members of the choir learned of Will’s family situation (that his youngest daughter was suffering so badly with a brain tumour), there was a profound sense that the choir would like to give something back to Will and his family; to do its bit to help.

One of the sections of The City Garden is a fabulous song called ‘Inside my heart’ which tells of how life recycles; how, from a single seed, small things grow and blossom; that there is hope in the smallest of grains. It seemed ideally suited, somehow, for the SCC to convey a message to Will and his family … and he has written such a fantastic song!

So, the SCC has recorded this magical tune, with well over 150 local school children, an adult choir in excess of 150, and Will’s Jazz Trio. We are going to market this as commercially as we are able and all of the profits will go to the Rainbow Trust, the charity that helps families with children who have life-threatening or terminal diseases; the charity which has helped Will and his family so much.

It is the SCC’s way of saying thank you to Will and his family for all the wonders he has shared with the choir.

The SCC hopes to make a lot of money for the Rainbow Trust.

Listen to a snippet

Inside my Heart is a 6 mins 24 seconds recording, the CD will be available from late April and it will also be available as a download through itunes.

The choir is seeking support and promotional opportunities through local and national media – we need your help to make this happen! 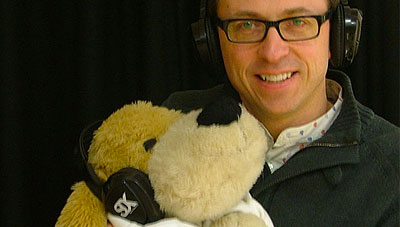 Inside my Heart Gallery

SCC, working with several local adult and children’s choirs, recorded a version of one section of “The City Garden,” the work commissioned by the SCC from Will Todd.